How to Play Poker for Beginners: Basics and Poker Rules 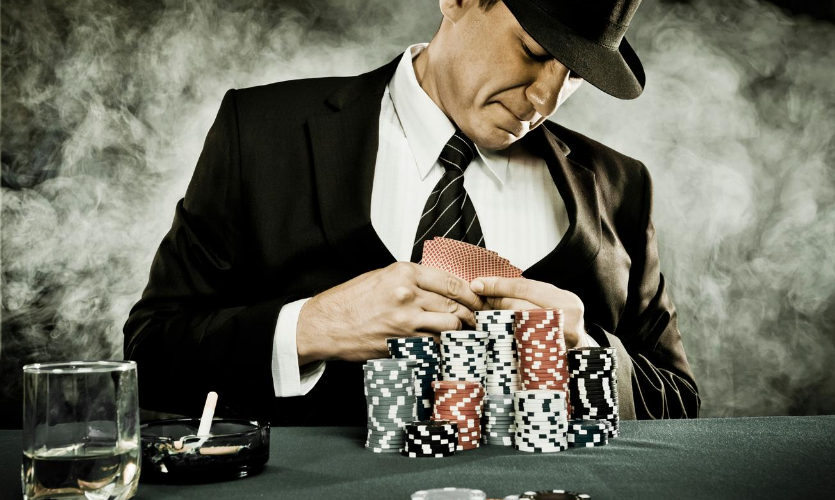 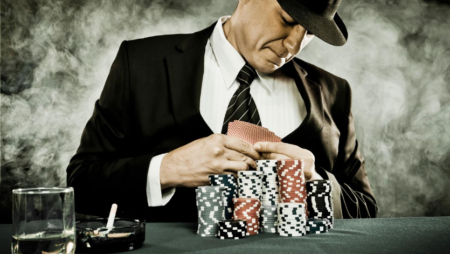 Learn how to play poker for fun. If you want to know why so many people love this game, this beginner’s guide to the rules and the basics of poker is all you need.

How to Play Poker for Fun

How to play poker? We know you’re excited to try some of the online poker we’ve been talking about on our site ­who wouldn’t be? What we want you to know is that you don’t have to lay down a ton of money to do it. There are literally hundreds of no deposit casinos that let you open a for-fun member account absolutely free. While a free casino will not have the wild promotions and big pots of their for-cash counterparts, they share many of the same awesome features. Not only that, but a rare few no deposit casinos even offer fun members special poker bonus programs that allow them to trade points earned in table play for cool prizes. 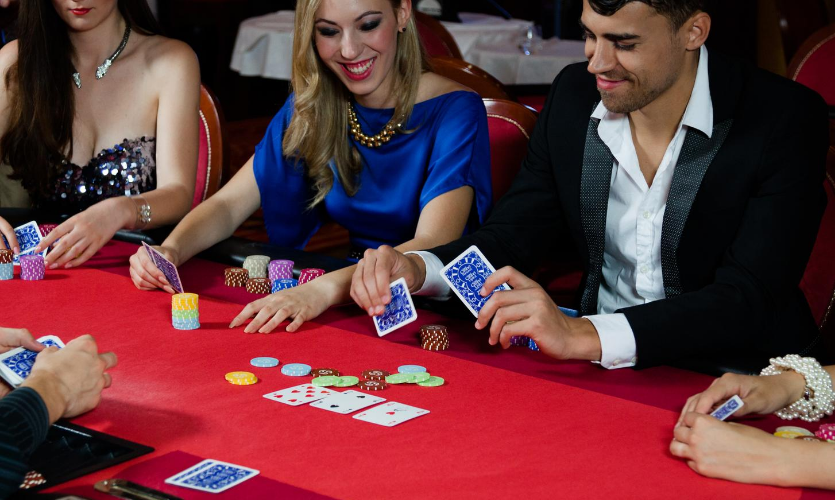 Many skilled players still play poker for fun to take the edge off after big cash games, but the majority of fun poker players are logging into free casinos to compete without risk and socialize with other poker enthusiasts. The competition is pretty soft, but the traffic is high, so you can join a for-fun poker game virtually 24/7.

How to Play Free Poker for Real Money

If you want to take your poker playing to the next level but are not ready to invest big cash, then there are alternatives for you too. Savvy online players know that bitcoin casinos bonuses are the key to scoring free cash without making a deposit. Every now and then you get lucky and find a no deposit casino that offers a sign-on bonus to new members. While many players mistakenly assume that they must deposit money to spend this money, if they say it’s free casino cash then it really is! All you have to do is verify your account and take that casino bonus straight to the tables.

Even experienced cash game players love casino bonus codes and freerolls. Casino bonus codes can earn you a 100% match on cash deposits, essentially doubling your bankroll before you even play. Other codes can help you get more of that free casino money mentioned earlier. Freerolls are tournaments with a cash prize but no entry fee. Most online poker rooms offer them as incentives to new members, but you can also earn a seat by making a deposit or playing enough cash games.

The Difference between Fun and Money Games

There are two ways to play poker for fun: one involves points, and the other involves cash. Any online player worth their chips knows where to find the money is at. That means that any cash game you play—including freerolls—is likely to be have players of a higher skill level than those sitting at the tables of a totally free casino.

If you don’t like the idea of losing money—even free money—then you should probably stick to the points only poker tables. If you plan to make the move to cash games soon anyway, then no deposit bonuses make the transition pain-free. Just remember that most of these poker bonuses are a one-time deal, so use your free money wisely. Whether you’re playing poker for free or for money, it still stinks to lose. Even if you’re only competing for pride or bragging rights, a good poker strategy can help you to get more out of the game. Alternately, if you are playing for money the only way you’re going to make any against a field of millions of dedicated amateurs is to become dedicated yourself.

The Rules of Online Poker

Texas Hold ’em is without a doubt the most popular online poker game, and that popularity is still growing. Texas Hold ’em is the quintessential poker party choice; a perennial favorite among college kids and professional poker players alike. If you want to get in on the amazing online Texas Holdem action (we’re talking packed tables 24/7 and huge tournaments with multi-million dollar prize pools), then you need to start with the basics, and it doesn’t get more basic than the Holdem poker rules.

Texas Hold ’em begins like all other poker games: with a table, a deck and up to nine players. The dealer position rotates with each hand. Players are dealt cards from a traditional 52-card deck. The goal in both live and online Texas Holdem is for each player to build the highest five-card hand using any combination of their two hole cards and five communal cards. In the first round, each player is dealt two cards face down. These are called your hole or pocket cards. This deal is followed by a round of betting. The dealer then places three cards face up in the center of the table. This is called the flop. The flop is followed by another round of betting, and then another card dealt face up. This fourth community card is called the turn. Another round of betting ensues, followed by the dealer placing the fifth and final community card face up on the table. This fifth card is called the river and is followed by the final round of betting. If two players remain after the last betting round then the hand proceeds to a showdown. Both players reveal their hands, and the winner takes the pot.

To ensure that every winning hand gets a pot, online Texas Holdem games use small and large blinds which are mandatory bets that rotate every hand. You can also expect to find limit, pot limit, and no limit variations of Texas Hold ’em in all the online poker rooms. Knowing and understanding these basic Holdem poker rules is a necessity if you want to be a competitive online player.

Omaha is the “other” community card game. It is closely related to Texas Holdem but with some unique features that make or break each individual player’s preference for the game. While Omaha is not yet as popular as Texas Holdem, it has its own loyal following. You’ll find plenty of Omaha tables and tournaments in the larger online poker rooms. It’s also a regular event at both the World Series of Poker and World Poker Tour tournaments, which may explain its rapidly increasing audience. 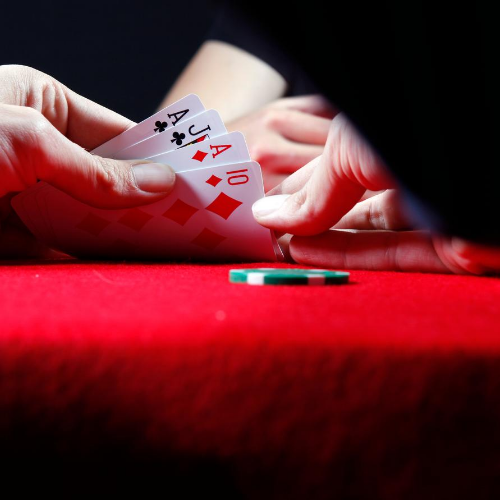 Because they are both community card games, Omaha poker rules are very similar to those of Texas Holdem. The primary difference between Omaha and Texas Holdem is the number of cards dealt and how they can be used. Omaha poker rules dictate that four hole cards are dealt to each player in the first round instead of the two cards dealt to each player in Texas Holdem. The community cards are dealt as usual with the three-card flop followed by the single card turn and river. This puts nine cards on the table for each player (four in the hole and five on the board).

High vs. Hi/Lo Split
Most poker games are high games. That means that the point of the game is to build the highest possible hand. Lately, hi/lo split poker games have grown more common in online poker rooms. In these games, players try to build both high and low hands. While they must still use the combination of two private/three public cards, they can choose different cards to form their high and low hands. To play a low hand, players must have a combination of five cards of 8 or less in value. If there are not at least three cards of 8 or less on the board, then it is not possible to make a low hand and everyone plays for the high hand. If however a low hand is possible, then the pot is split between the high and low winners.

When first entering the world of online poker, the variety of poker games may be overwhelming to people whose experience is limited to penny ante five-card draw at family gatherings. Poker actually has four distinct variations: straight, flop, draw, and stud.

Straight poker games are the oldest; all other variations can claim straight poker as their origin. The poker rules and strategies for a straight game are simple because the game itself is simple. The dealer gives each player five cards face down followed by a single round of betting and the showdown. There was a time when straight poker was the only type of poker, but obviously times have changed and straight poker for the most part is a thing of the past. You won’t find straight poker online, so this variation is better left at the kiddy table.

Flop poker games (also called “community card” games) are currently the most popular type of poker. These poker games get their name from the way that they are dealt. At the start of each hand, players get two or four face down cards (depending on the game). The players bet, and then the dealer places three cards face up in the center of the table. This is called “the flop.” The flop is followed by a round of betting, then a fourth card dealt face up, then another round of betting, and a fifth card dealt face up. In other words, every time cards are dealt the players bet until all cards are on the board, at which point a “showdown” ensues.

If you know anything about poker, then you’ve heard of Texas Holdem and Omaha; these are the two main representatives of flop style poker games. Texas Holdem is without a doubt the current reigning king of poker, while Omaha is quickly gaining preference among the pros. At any decent online poker room you’ll find dozens of daily Texas Holdem tournaments and a fair number of Omaha cash games too. If you want constant play and a shot at real money, then you should learn the flop style poker rules…fast!

Draw poker has been many players’ first taste of the game. Five-card draw seems to be the perennial favorite for family functions. This style of poker game gets its name from how the hands are played. Each player is dealt five cards face down. The players view their hands, bet, and then request to have a number of their cards replaced. This action is called a “draw.” Standard poker rules dictate that players cannot draw more than three cards. Once each player has made their draws, there is a second round of betting followed by the showdown. Five-card draw is easy to play, making it a favorite among beginners, but it does not have the widespread availability or action of online Texas Holdem.

Stud is the final category of poker games. Second to straight poker, stud is the oldest variation of the game. Stud poker rules are likewise pretty simple. Five to seven cards (depending on the game) are dealt one by one, alternating between face up and face down and with a round of betting between each deal. Most players either love or hate stud poker. Seven-card stud is a staple in most online poker rooms, and multi-game tournaments like HORSE have inspired a resurgence in its popularity. 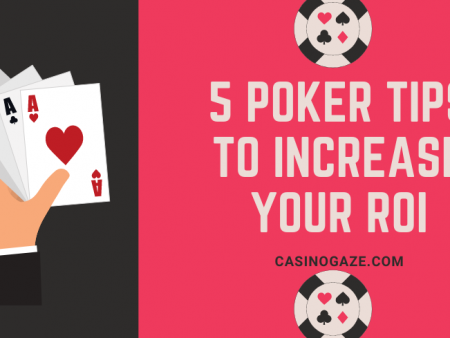 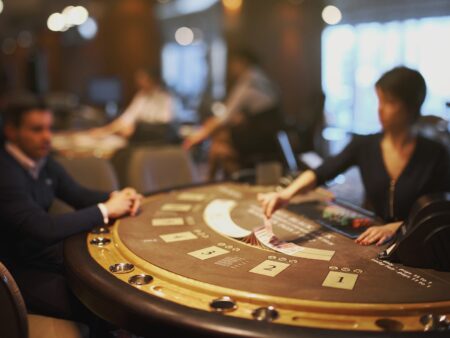 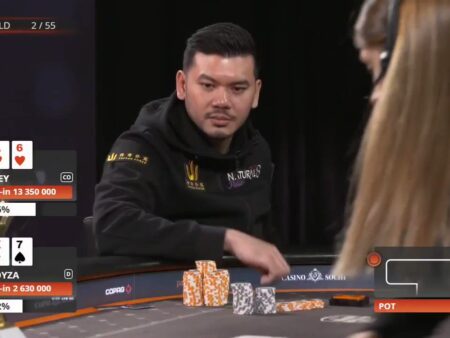 What Makes a Casino Worth Playing? A Conversation With Milan Rabszski
4 months ago

What’s the reason behind people gambling? – is it all about the money or is it something else?
11 months ago